Sleep rarely eludes me, but when it does I take a mental trip to the past...to the golden past of boyhood, where all the days are sunny and summery, or Christmas-y.

I stand on the sidewalk in front of the first house I lived in. There it is, a cream-colored, clapboard, two-story house with a small detached garage to the right. It sits on a corner lot of some size on a tree-lined street. An alley runs behind it. The street at the front and to the left side of the house are unpaved, as were many streets in that small city where I was a boy in the 1940s.

The porch runs the width of the house. I walk up the steps to the porch and enter the front door, which opens into the living room. With sunlight streaming through the windows, I wander through the living room to the dining room and kitchen. I go out the back door to the enclosed back porch, from which I can see the garage and the back yard.

I return to the house and venture to the basement, with its huge, coal-fired furnace, coal bin, and my father's work shop. I go back up -- and then up again, climbing the stairs to the second story -- the stairs with a wrought-iron railing. I reach the upper hallway and visit, in turn, the three sunny bedrooms and the black-and-white tiled bathroom.

Yes, it was a modest house. But it was the first place I thought of as home, and it's a place that still seems golden in my memories. By the time my mental tour is complete, I am ready for sleep.

At other times I remember my grandmother's house in a small, lakeside village about 90 miles north of where I grew up. Her modest, two-story bungalow sat on a deep lot that backed up to open fields where doves cooed as I awoke on sunny, summer mornings to the smell of bacon frying. My favorite room was the kitchen, with its massive woodstove and huge, round, oak table, around which my grandmother, parents, and various aunts and uncles would sit after a meal, retelling and embellishing tales from the past.

We often visited my grandmother at Christmas, and I like to relive the Christmas eve when we made the 90-mile trip as feathery snow slowly piled deeper on the deserted, lakeside highway we traversed through quiet villages: Lexington, Port Sanilac, Forester, Richmondville, Forestville, White Rock, Harbor Beach, Port Hope, Huron City, and -- at last -- Port Austin. Many of the those villages were tiny: a scattering of houses, perhaps a church and a gas station, but not even a traffic light. The more substantial villages -- those that had 1,000 or even 2,000 residents and a traffic light -- boasted rows of well-kept and sometimes stately homes on shady streets, along with prosperous brick and white-frame churches, a few blocks of tidy stores and restaurants, and perhaps a lighthouse: 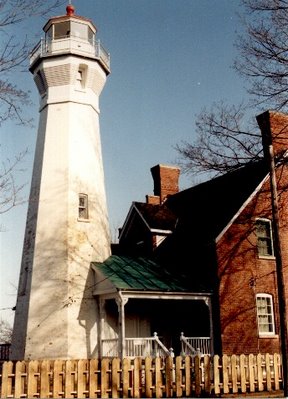 The lakeside highway (before it was "improved") rode atop high bluffs overlooking the vastness of Lake Huron: 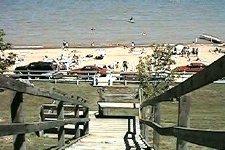 Looking down at the beach and the lake, Forestville


Many of the stately homes along the way have become inns: 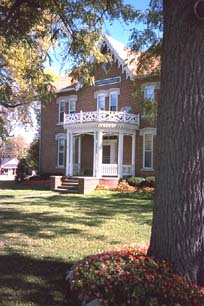 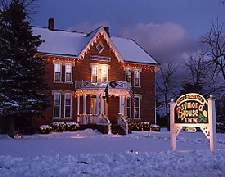 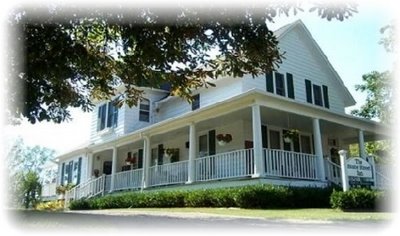 
A short detour through the old part of Huron City would yield a view of the summer home of William Lyon Phelps (1865-1943; a professor of English literature at Yale and a popular lecturer and writer in the early decades of the 20th century): 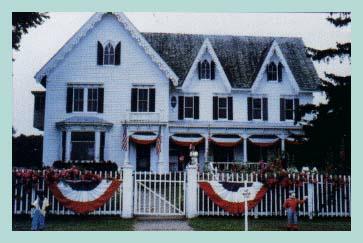 
The village of Port Austin didn't have a quaint main street (seen here probably in the 1970s), but it was a place where a young boy could wander safely:

The rest of the village had more to offer. An elegant old inn . . . 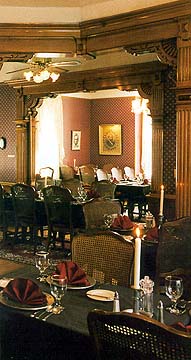 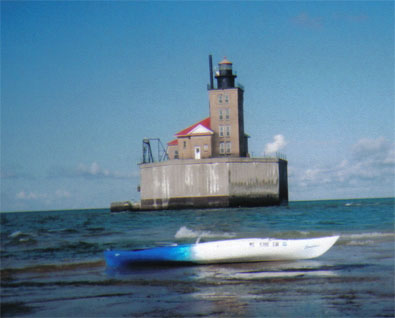 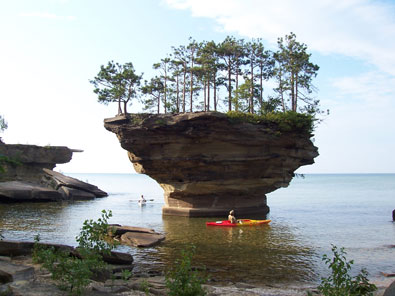 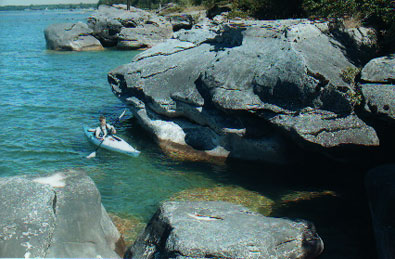 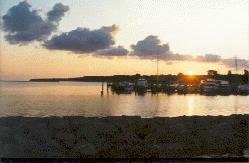